Fort Velasco –
Thunder on the Brazos

Mark your calendar, and call for tickets! The 2019Fort Velasco Thunder on the Brazos dinner and auction are happening Saturday, September 21, 2019, at Stahlman Park, Surfside Beach.  All proceeds from this event will support the reconstruction of the 1832 Fort Velasco where the Texas Revolution both began and ended.

Tickets are $50 each or $400 for a table of 8. You may purchase tickets from Fort Velasco/Surfside Beach Historical Committee members.  All proceeds will go towards the reconstruction of the 1832 Fort Velasco.

Come share the excitement, and help make the dream of the Fort Velasco Reconstruction Association come true!  Like Fort Velasco, some of the Thunder on the Brazos auction items have connections to the history of Texas. Thanks to Captain Frank Dietz, Dido’s, and the Old Velasco/Surfside Beach Historical Committee, a lucky bidder will acquire a dinner cruise for twenty (20) on today’s Yellowstone paddle wheeler.  The historic steamboat steamed past Fort Velasco from early 1835 until 1837. Although the original Yellow Stone was purchased to transport cotton down the Brazos to the port of Quintana, she was committed to Texas’s bid for independence before she sailed for Texas. Thus when she sailed for Texas on “New Year’s Eve, 1835, she was loaded with arms, ammunition and forty-seven volunteers of the Mobile Greys[22] destined to support the Texans in their fight for Independence against Santa Anna.” 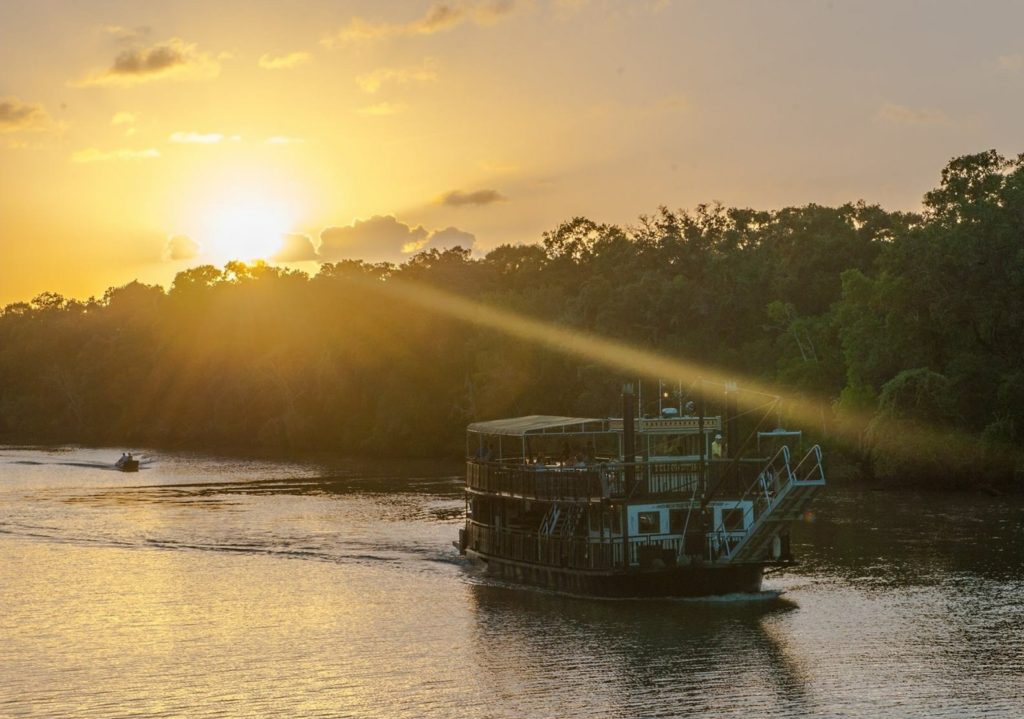 In March and April of 1836, the Yellow Stone, despite the war, headed up the Brazos to collect cotton from growers. This put the Yellow Stone in position to assist the Texans caught between invading armies near Groce’s landing.

“With her bell clanging and smoke billowing, the Yellow Stone sent many of the Mexican soldiers running in fear, having never known the existence of such a craft as a steamboat.[24] ….[The bullet-ridden stacks represented the only damage the steamboat incurred as she quickly outran her pursuers.[26]”

After the Texans’ victory at San Jacinto (April 21, 1836), the Yellow Stone carried the wounded Sam Houston, the Republic’s interim President David G. Burnet, the captured Santa Anna, and forty-seven Mexican prisoners to Fort Velasco— temporary center of operations for the new republic.  Later in 1836, the Yellow Stone carried the body of Stephen F. Austin to burial and returned mourners who lived along the Brazos back up the river.

Then the Yellow Stone’s history becomes unclear.  Some say she sank in Buffalo Bayou in 1837.  Whatever may have happened later, she had a prominent and exciting role in the birth of the Republic of Texas.

The primary fundraisers for the Fort Reconstruction are the live and silent auctions. One lucky auction bidder and nineteen friends will be able to enjoy a dinner cruise on today’s version of the Yellow Stone. Instead of battles and rescue missions, you can expect great food as you view the beautiful San Bernard from the deck of this charming tribute to and reminder of our past.

Other auction items have connections to historical events. Watch for details about a special pistol with a tie to history and other featured items.

If you would like to donate auction item(s), purchase tickets or a table, become a sponsor, volunteer, or obtain additional information about this event, E-mail contact@fortvelasco.org, or call Dortha Pekar at 979-417-3233. Please leave a message if Dortha does not answer.  A donation form is available to print here.

Be a part of history – please donate to our cause.
Download a donations form here.